What? There are bacteria where?

September 04, 2013
There have been some interesting, thought provoking publications of late concerning the last vestiges of "sterility" if you will, with regards to bacterial colonization.  Remember back when folks thought the healthy lung was sterile? Yeah, out the window with that hypothesis (see here, and here).  Remember urine being sterile? Nope, you must've missed this and this.  Is nothing sacred, people! Are bacteria truly everywhere![1]

In their publication, "Mother knows best: the universality of maternal microbial transmission", Seth Bordenstein and his student Lisa Funkhouser review for us the evidence in support of the vertical transmission strategy for host-associated bacteria.  While the invertebrates are undoubtedly best known for maternal transmission (the vent giant clams from my youth are highlighted by Funkhouser and Bordenstein as are the pea aphids), they present the evidence currently in hand to support a decidedly unsterile environment in utero.  Jesus, now I really need a drink.

However, the idea that any environment can be kept clean of these amazing metabolic machines persists.  Take, for example, the honey bee.  These little buggers develop in a soup of glandular secretions (potentially antibacterial), sugars (high osmolarity, likely selective) and other bee associated stuff (cool pic of these maggots below): 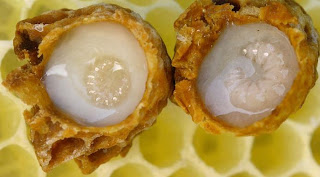 So, either bees have some seriously powerful mechanism to prevent any bacterial growth in these little pools of sugar (which would be some amazing stuff) or instead, this environment is highly selective for some ingenious microbe to colonize.  Some folks sampled these larvae through development and via absence of PCR evidence concluded that the larvae, at least the young ones, are sterile.  I can hear my PhD advisor Colleen Cavanaugh in the back of my head: "absence of evidence is not evidence of absence".  Indeed, a recent publication using surface sterilized larvae and three selective media for culture (anaerobically), found that larvae, even the tiniest ones, are colonized (albeit with not very "many" - at least as detected by their culture methods.)

I think that it's probable the pattern of colonization from "birth" through development is likely to persist in the honey bee, as it does in mammals, although inoculation may be much earlier than initially predicted for both.

[1] <in case you need to be hit over the head with it, that was tongue in cheek> 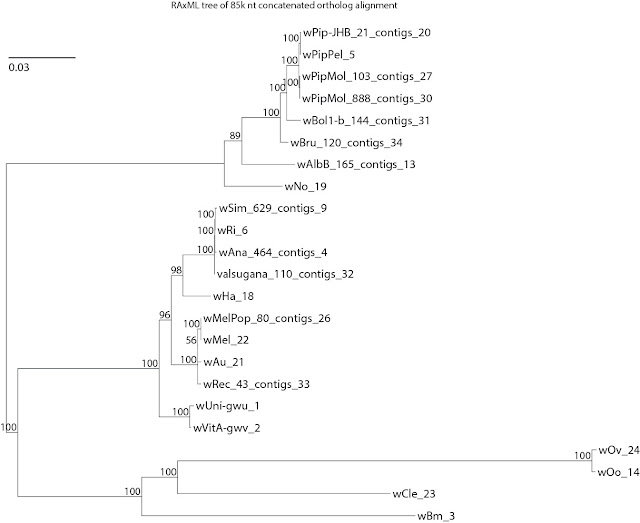